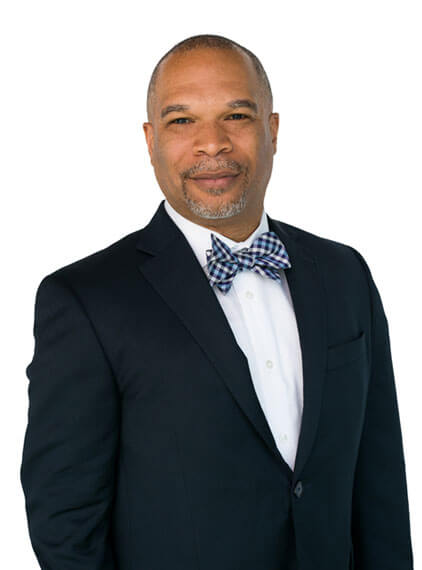 SVP of JND Government Services, Charles Lawson, has more than 17 years of contracting, program management and leadership experience with the federal government. A veteran of the Federal Trade Commission (FTC), Charles oversaw the agency’s Claims and Refunds Office and the administration of more than 1,000 distributions to tens of millions of consumers and small businesses across a broad spectrum of industries. He has provided court testimony on various settlement administration matters and is routinely sought after by federal, state, and foreign consumer protection agencies in the administration of settlements, the establishment of settlement administration program offices and federal contracting implementation.

During his tenure with the FTC, Charles worked on many of the federal agency’s largest and most complex matters, directing all aspects of the Bureau of Consumer Protection’s settlement fund administration program. He completed the Federal Acquisition Certification for Contracting Officer’s Representatives (FAC-COR) program, serving as a certified contracting officer representative and business system owner trained in federal information security system management. Charles is an Excellence in Government (EIG) Fellow, having been selected for and successfully completed the Partnership for Public Service’s premier leadership development course designed for GS-14 to GS-15 level federal employees. He piloted numerous federal projects, including a partnership between the FTC and major American cities to promote consumer protection education. He was instrumental in developing a best practices committee among federal regulators engaged in settlement administration. Prior to his career with the FTC, Charles was a vice president at Citibank/Citicorp and is a graduate of the corporation’s Global Management Program.

In 2020, Charles was recognized by Profiles in Diversity Journal as a recipient of the Journal’s inaugural Black Leaders Worth Watching AwardTM. Charles earned his B.A. from the University of Massachusetts/Amherst and M.B.A. from the Owen Graduate School of Management at Vanderbilt University.